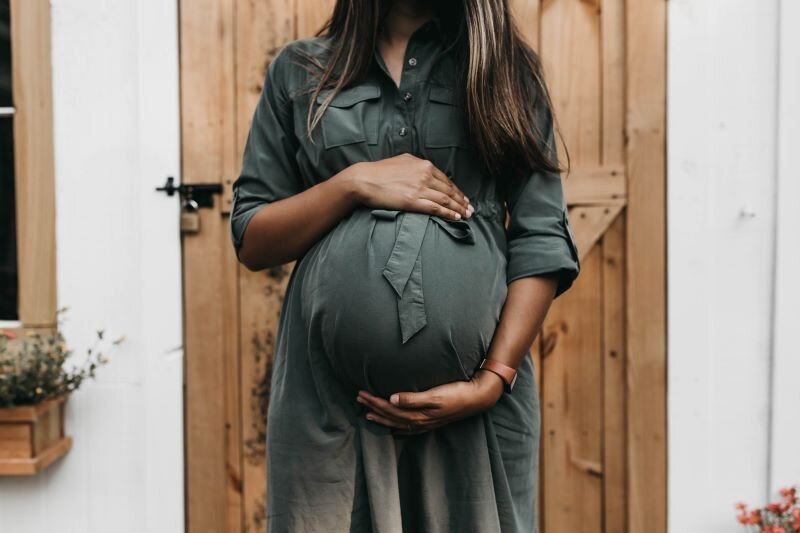 Having children is one of life’s greatest joys. Many couples place this as one of the most important aspects of their lives.

But what happens when it comes time to conceive and it just doesn’t happen? Infertility is generally defined as a failure to conceive after trying for a full calendar year.

This requires a lot of very specific processes within our bodies to line up perfectly. The inability to successfully complete this process and get the desired result on a pregnancy test can leave people feeling incomplete.

There is an entire industry devoted to treating this. There is a long list of prescribed medications all the way up to in vitro fertilization (IVF) available to people combating infertility.

However, many people either don’t have the necessary funds to afford these expensive treatments, or don’t want to explore unnatural means of achieving a pregnancy.

So what other options are available?

Acupuncture has been used to treat fertility issues for a very long time. But does it work?

Impact of Acupuncture on Fertility

There are a variety of reasons a couple might be unable to conceive. It could be everything from a hormonal imbalance to physical damage of the areas of the body that support pregnancy. Acupuncture has been shown to be very beneficial to supporting a hospitable environment for a pregnancy.

However, there are limitations to this. Acupuncture will not be able to fix physical damage to certain areas of the body — scarred ovaries, for instance.

These situations are frequently unable to be helped with any other form of fertility treatments, as well.

Acupuncture can be very beneficial to others having trouble conceiving due to factors outside of physical damage.

Acupuncture has shown the capacity of providing a list of benefits to couples throughout the pregnancy process. Initial conception is assisted (with or without the extra help of IUI as featured in the previously-mentioned study). Nausea and other physical discomfort during the pregnancy can be reduced. Acupuncture also has the ability to induce contractions in pregnancies that have lasted beyond their initial due date.

How Does it Help?

Stress in both the male and the female can have negative effects on their ability to conceive. Acupuncture has been used for centuries to help lower levels of stress. This capability can put both individuals in a better place to procreate.

Feelings of stress and depression are experienced by both individuals that find themselves unable to conceive, which only makes the problem worse. Acupuncture has been shown to have a positive impact on these conditions.

Cortisol is the hormone released when the body is experiencing stress. This has been shown to increase the risk of a pregnant woman having a miscarriage. The ability to mitigate this stress will not only help a couple to become pregnant, it can also help the pregnancy remain healthy as time goes on.

Correctly-placed acupuncture needles can spur blood flow in areas of the body which can assist conception.

This advantage of acupuncture is beneficial in all patients, but it can directly assist couples seeking acupuncture for fertility issues.

According to Live Science:

“The endocrine system is the collection of glands that produce hormones that regulate metabolism, growth and development, tissue function, sexual function, reproduction, sleep, and mood, among other things.”

Acupuncture can directly affect the success of the endocrine system through targeting specific meridians within the body. This creates a healthy balance of released hormones which can have a positive impact on the ability to conceive.

Where Can You Find Acupuncture for Fertility in Nashville, TN?

Acupuncture can address a variety of women’s health issues including:

The research published in the Shanghai Journal of Acupuncture reviewed the work of Wang et al. That study demonstrated an 80.8% total effective rate for the treatment of polycystic ovarian syndrome with acupuncture. The acupuncture points used in the study included the following acupoints:

Two additional acupuncture points were added, based on symptomatic presentations and differential diagnostic considerations: Taichong (LV3), Fenglong (ST40). In another investigation, Huang et al. combined moxibustion with traditional Chinese medicine massage (Tui Na) and medications. The controlled investigation demonstrated the ability of traditional Chinese medicine to regulate ovulation and secretion of sex hormones to normal levels when compared with the control group that received only drug therapy. Moxibustion was applied to the following: Sanyinjiao, Guanyuan, Zigong. The researchers conclude that moxa and Chinese massage enhance the efficacy of drug therapy for the treatment of polycystic ovarian syndrome.

Li et al. administered acupuncture therapy to determine whether or not it is successful for the improvement of in vitro fertilization (IVF) embryo survival rates. Inclusion criteria for the study predetermined that all patients were of kidney deficiency type (according to Chinese medicine principles) and had a confirmed diagnosis of polycystic ovarian syndrome. The results demonstrate significant clinical improvements, including higher embryo survival rates. The following acupuncture points used in the study were as follows:

The addition of acupuncture to clomiphene therapy increased pregnancy rates, lowered the resistance and pulsatility indices of the uterine arteries, and reduced the adverse effects caused by clomiphene. The increase in positive patient outcomes combined with reductions of adverse effects supports the research team’s (Taian Maternal and Child Health Care Hospital) conclusion, “TCM [Traditional Chinese Medicine] can be either applied alone or combined with Western medicine to up pregnancy rates and treat infertility. With the help of TCM [i.e., acupuncture], treatment for infertility can be more effective while producing much less adverse effects.” [1]

Clomiphene triggers the pituitary gland to produce hormones that stimulate ovulation. The upside of this medication is that it stimulates the release of eggs from the ovaries. The downside is that it may produce adverse effects and it is contraindicated for patients with endometriosis and uterine fibroids. Notably, it may increase the incidence of having twins or triplets. The researchers conclude that the addition of acupuncture to the clomiphene treatment regimen mitigates the drug’s adverse effects and ups the pregnancy rate. Moreover, the acupuncture protocol outperforms the clomiphene plus estradiol cypionate and dydrogesterone protocol. Estradiol cypionate is an estrogen hormone and is often used for the treatment of low estrogen levels. Estradiol cypionate may increase the rate of developing blood clots, melasma (dark skin patches on the face), and may cause other adverse effects. Dydrogesterone is a steroidal progestin used in many countries for the treatment of infertility and threatened miscarriages.

Groups 1 and 2 received 50–100 mg of clomiphene, once per day. Group 2 also received 1 mg of estradiol cypionate and 10 mg of dydrogesterone. Group 3 received clomiphene plus acupuncture and moxibustion. The administration of care for all groups started on the 5th day of menstruation and lasted for 5 consecutive days. One treatment course consisted of three menstrual cycles. In total, 1–2 courses of treatment were applied. The TCM acupuncture treatment protocol was as follows. Patients rested in a supine position. Upon disinfection, a 0.30 mm x 40 mm filiform needle was inserted into the following acupoints:

BL18 (Ganshu)
For phlegm and dampness, the following acupoint was added:

ST40 (Fenglong)
For blood stasis, the following acupoints were added:

SP10 (Xuehai)
LV2 (Xingjian)
Moxibustion sessions lasted 30 minutes and were applied at a heat intensity level until the skin became flushed. Sessions were conducted once per day. Moxibustion was not applied until 10 days passed after ovulation. Moxibustion was applied at the following acupoints:

Zigong
CV3 (Zhongji)
CV4 (Guanyuan)
ST29 (Guilai)
Additional research confirms that acupuncture combined with moxibustion is effective for the treatment of infertility. Researchers conclude that acupuncture acts on the hypothalamus, pituitary gland, and ovaries and regulates hormone levels in the body. [2, 3] Yu et al. conclude that electroacupuncture can increase gonadotropin releasing hormone (GnRH) levels and increases sensitivity of the ovaries to gonadotropin. The study documents that electroacupuncture is effective for the treatment of infertility in anovulatory cases with low levels of follicle stimulating hormone (FSH) and luteinizing hormone (LH).

In a related study, Xu et.al conclude that acupuncture combined with moxibustion increases ovulation rates. [5] The treatment protocol was as follows. First, acupuncture was applied to the following acupoints:

Zigong
CV3 (Zhongji)
CV4 (Guanyuan)
ST36 (Zusanli)
SP6 (Sanyinjiao)
LV3 (Taichong)
Additional acupoints were added based upon diagnostic patterns. For liver qi stagnation, BL18 was added; for phlegm and dampness, ST40 was added; for blood stasis, SP10 and LV2 were added. Next, moxibustion was applied to Zigong, CV3, CV4, and ST36. Subsequently, an electroacupuncture device was connected to the acupoints. The treatment was applied daily for 3–7 consecutive days. The results of B-scan ultrasonography conducted during the study documents that ovulation rates increase when acupuncture combined with moxibustion is applied.