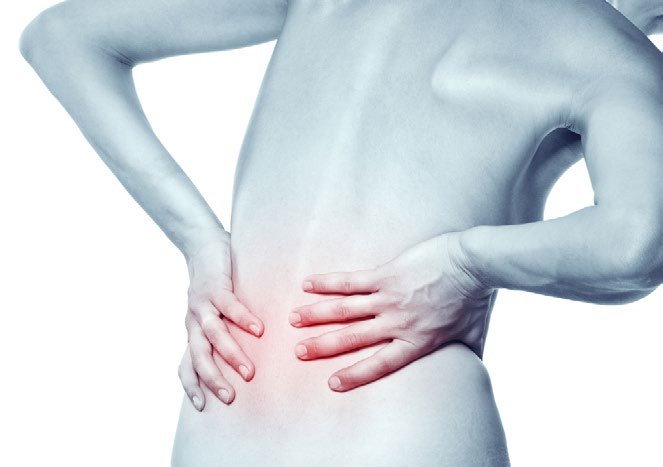 Hubei University of Medicine researchers (Jiao et al.) conducted a controlled clinical trial and confirm that the combination protocol of acupuncture plus moxibustion produces superior outcomes to using ibuprofen capsules to control menstruation cramping and pain. Jiao et al. conclude that acupuncture plus moxibustion has a 96.8% total treatment effective rate for the treatment of dysmenorrhea. Ibuprofen sustained time release capsules achieved a 58.1% total treatment effective rate. Acupuncture plus moxibustion outperformed ibuprofen by 38.7%. This is consistent with the independent research of Zhao et al. finding acupuncture effective for improving blood hemorheological characteristics, regulating blood viscosity, and enhancing the microcirculation of blood in the uterus for patients with dysmenorrhea.

Guanyuan (CV4)
Zhongji (CV3)
Sanyinjiao (SP6)
Additional acupoints were selected on an individual symptomatic basis. Acupoints selection was based on the Traditional Chinese Medicine (TCM) system of differential diagnosis by pattern differentiation. For qi and blood stasis, the following acupoints were added:

Qihai (CV6)
Zusanli (ST36)
Treatment commenced with patients in a supine position. After disinfection of the acupoint sites, a 0.30 mm x 40 mm disposable filiform needle was inserted into each acupoint with a high needle entry speed. Manual acupuncture stimulation techniques for obtaining deqi including lifting, thrusting, and rotating. Once a deqi sensation was obtained, the needles were retained and moxibustion was conducted on the same acupoints.

Moxa cigar cuttings, each 2 cm long, were attached to each needle handle and ignited. Moxa was left in place to self-extinguish. One acupuncture session was conducted daily for 3 – 4 consecutive days during menstruation. Treatment was also conducted on the 2 days prior to the next menstrual cycle. The entire course of treatment comprised 3 menstrual cycles. Patients were also advised to avoid getting chilled and to keep warm during activities of daily living.

For the ibuprofen group, patients received 300 mg of ibuprofen sustained time release capsules starting 1 – 2 days prior to menstruation. Capsules were orally administered twice per day for 2 – 3 days until the symptoms were mitigated, for a total of 3 menstrual cycles. Vitamin B was administered additionally for patients who also experienced stomach discomfort. The results tabulated, the acupuncture plus moxibustion protocol provided greater pain relief than the ibuprofen protocol.

Hegu (LI4)
Taichong (LV3)
Ciliao (BL32)
For chills and dampness, the following acupoint received moxibustion but needling was not applied:

Shuidao (ST28)
For dampness and heat in liver, the following acupoint was needled bilaterally:

Yanglingquan (GB34)
Patients were instructed to urinate prior to treatment and subsequently rested in a supine position. Upon disinfection of the acupoint sites, a 0.30 mm x 50 mm filiform acupuncture needle was inserted into the acupoints. For Zhongji, the needle was inserted toward Qugu (CV2) with a high entry speed at an entry angle of 45°, to a depth of 5 mm, and until the needle stimulated a deqi response at the midpoint of the upper edge of the pubic bone.

Subsequently, two acupoints located 3 mm laterally to Zhongji were swiftly pierced to a depth of 5 mm and were then inserted to become parallel to the needle at Zhongji. The same deqi response was stimulated at these points, as was in the case of Zhongji. This is the triple acupuncture technique applied to Zhongji.

The remaining acupoints were pierced perpendicularly until a deqi sensation was achieved. The deqi sensation was defined as the patient feeling soreness, numbness, swelling, or aching towards the bottom part of the perineum or a slight electrical sensation. A needle retention time of 30 minutes was observed. During needle retention, the needles were each manipulated every 10 minutes with manual acupuncture techniques. Additionally, during needle retention, mild moxibustion was conducted at Zhongji, until the skin was flushed and moxibustion heat was transmitted downward into the skin.

Both groups of patients received their respective treatments 5 days prior to menstruation. For one treatment cycle, treatment was conducted once daily for 5 consecutive days. Treatment was ceased during menstruation. The entire treatment course comprised 4 menstrual cycles. In addition, patients were advised to maintain a positive emotional state and avoid exhaustion and becoming chilled. The clinical results demonstrate that triple acupuncture and mild moxibustion produce greater therapeutic effects than conventional acupuncture in the treatment of primary dysmenorrhea.

The researchers also provide some insight into TCM principles relative to the treatment of primary dysmenorrhea. Regulating the Chong and Ren meridians improves blood and qi circulation to produce healthy, well regulated, and trouble-free menstruation. The Guanyuan acupoint significantly restores yuan (source) qi, improves blood and qi circulation, eliminates blood stasis, and relieves pain for patients with dysmenorrhea. Administering moxibustion at Guanyuan warms the meridians, expels chills, and regulates the Chong and Ren meridians. Guanyuan, Qihai, and Zhongji are acupoints which benefit yang and regulate the Chong and Ren meridians. Sanyinjiao is a central acupoint for the maintenance of liver, spleen, and kidney health and is therefore beneficial to patients with dysmenorrhea.

For thousands of years, ginger has been a staple in natural medicine throughout Asia, India, and the Middle East.  And it’s currently in season, so finding it at a reasonable price, and the peak of nutritional benefit, should be easy.

Ginger can be used fresh, dried, powdered, or as a juice or oil in cooking.  Whether you make yourself a soothing tea of ginger and honey, blend it into a chutney for summer sandwiches, create a sesame ginger salad dressing, or add flavorful zing in a stir fry, ginger is a wonderful addition to your kitchen medicine cabinet.